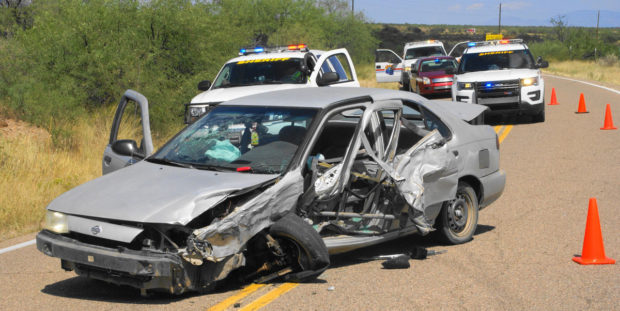 According to Green Valley Fire District Battalion Chief William Rowe, the driver of the Nissan, a 49-year-old woman, sustained minor injuries and was transported to a Tucson hospital. The driver of the truck, a 62-year-old man, declined treatment.

The Nissan was a total loss while the trailer sustained light damage.