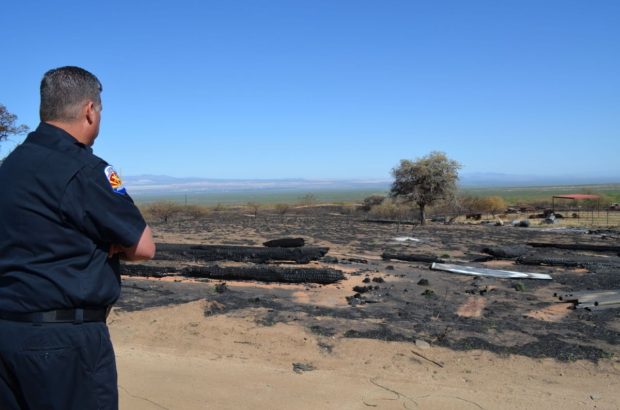 Chuck Wunder was scared as he raced down Box Canyon Road that Sunday morning. A brush fire with flames nearly eight feet high was racing from Sawmill Canyon east so fast he was having a hard time getting in front of it.

If the winds, with gusts up to 40 mph, had shifted, the fire easily could have jumped the road and headed toward Madera Canyon. If it continued straight, it would take out the Santa Rita Ranch where his wife, three children and eight in-laws have lived since 1970. 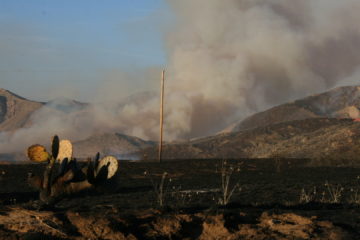 As the Green Valley Fire District chief barreled down the road, he listened on his radio as his firefighters worked to drown the fire, assessed weather conditions and called in resources from every nearby fire agency. He knew the potential loss was far greater than just his own home.

Wunder called his wife, Heather, and told her the family might have to evacuate. By the time he pulled into the property, just 20 minutes after the fire had been called in and less than nine minutes after the first firefighters arrived, there was no question about it. The Wunders and the McGibbons had to get out.

Wunder and a deputy sheriff thought it best if the family headed toward Sonoita, rather than taking the road that would lead them to Green Valley. Wunder took the lead, their daughter followed, with Heather behind her. At the tail end was Heather’s brother, Andrew McGibbon.

Just as the caravan got underway, a member of Wunder’s crew began shouting over the radio. 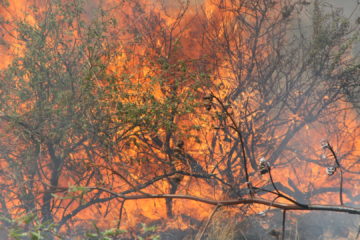 Wunder, looking at his rearview mirror, watched in horror as flames roared over the tops of the vehicles separating him and McGibbon — easily twice the height of the vehicles themselves.

“I’m thinking I want them to boogie a little, to stay close to me and keep moving,” he said in an interview Thursday.

McGibbon, who was cut off by the flames and forced to turn back, said it left him shaking.

“It was something like I’d never seen,” he said. “It’s something I’ll never forget.”

Heather remembers feeling the heat, but it wasn’t until she tried to sleep later that night that it hit her.

“By the grace of God, we’re all here to talk about it,” she said.

“It was like standing next to a stove, but it was hotter than a stove,” he said.

Roughly half a mile later, everyone stopped on Forest Route 411 for quick hugs.

“It was a pretty terrifying experience for my daughter in particular, being a new driver and having that much responsibility,” Wunder said. “I gave her a big hug, told her ‘Good job,’ and how proud I was of her.”

Heather said her nieces were crying throughout the ordeal, but her 2-year-old nephew provided a much-needed moment of levity in the midst of a wild ride — he asked if she could take them to the zoo.

Fire on the ranch

Wunder headed back to the fire as his family, who escaped with nothing more than the clothes they were wearing, continued on to meet up with McGibbon’s wife, Micaela, and 15-year-old daughter. They had been at the Pima County Fairgrounds where they were planning to enter 4H market steers for the Pima County Fair.

When Wunder got back, firefighters were desperately working to keep the fire from reaching his in-laws’ home, which is a quarter-mile from his house, and a nearby barn.

Helicopters dipped into the family’s 5,000-gallon water tank to suppress the flames, planes were dropping slurry, and firefighters scratched out fire lines.

Eventually, the wind shifted, carrying the fire around the back of corrals and the barn and up the mountain. By then, the fire had come within 50 yards of Wunder’s in-laws’ home and within 100 feet of the barn.

By the end of the first day, the Sawmill Fire had burned 4,072 acres and it was just getting started. It would go on to burn another 43,000 acres over the next three days.

“This was a great example of just how quickly a brush fire can get out of control,” Wunder said. 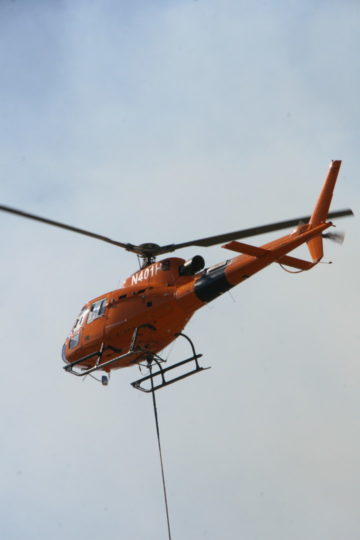 Although there have been other fires nearby, Heather Wunder said this is the first where the only ingress and egress to the ranch was threatened.

“It’s the only time I felt like we could’ve been trapped,” she said.

All told, the Santa Rita Ranch lost about 5,000 acres to the fire, and a neighbor lost 2,000 acres, McGibbon said.

The ranch didn’t lose any livestock, although four bulls were in a corral near the barn at the time. Had the fire started the next day, 150 head of cattle would have been in danger.

The charred acreage was grazing land leased from the U.S. Forest Service, the state and the University of Arizona Experimental Range. 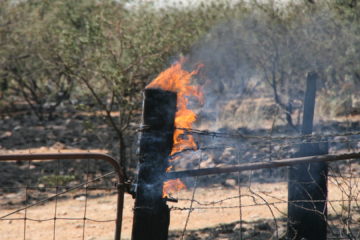 Until the land comes back, McGibbon said he’s working with the government so he can use nearby, unaffected pastures for grazing. In the meantime, he’s digging deep so he can feed his horses and cattle.

It could take three or four years to get all the work done, McGibbon said. Materials alone to replace one mile of fence is about $7,000, and insurance doesn’t cover things out on the range.

There’s a chance some of the cost will be defrayed by the government, but in the end the cost of the fire isn’t that important, McGibbon said.

“I couldn’t frankly care less about these expenses, though,” he said. “We’ll make it through this. We’re all healthy and in one piece. All is well as far as I’m concerned.”

In addition, fire can promote regeneration on a ranch, although a planned fire would have been preferable, McGibbon said.

“It’s a great tool, but not when it’s coming into your living room,” McGibbon said.

McGibbon and Wunder said they feel bad about all of the ranchers who have also been affected by the fire. McGibbon estimated 90 percent of the acres charred by the fire were used for grazing.

Wunder and McGibbon said they’ve been overwhelmed by all of the people who have offered their help, some even offering to come from out of state. 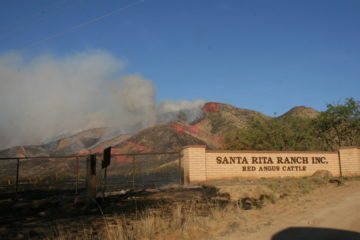 As a fire chief, Wunder said he is blessed to work with a group of such dedicated, professional firefighters. They were forward-thinking from the start, immediately requesting air support and other resources they thought they might need, he said. They also promptly came up with plans to protect structures and evacuate.

When his crew vowed not to let the fire touch his house, Wunder said it gave him a sense of confidence.

“They’d do the same for any person at any time,” he said.