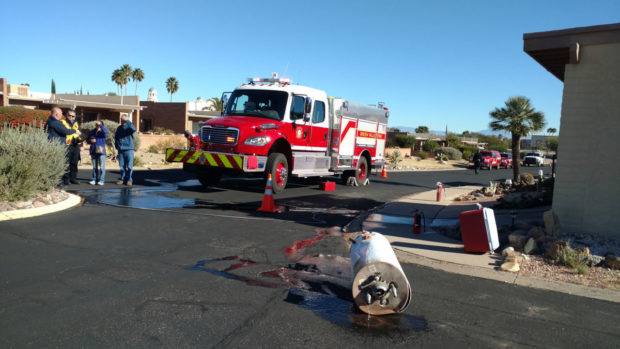 A smoldering fire erupted Wednesday morning when a homeowner opened a door to a water heater, prompting the evacuation of a Green Valley home.

Rose Englund said she opened her hot water heater closet when looking for something and discovered the fire.  She called 911 and she and her husband evacuated their home in the 1500 block of West Calle Plata.

A Green Valley Fire District spokesman said the fire was likely smoldering and when oxygen hit it, it erupted.  He said it’s unknown how long it would have continued to smolder before erupting on its own.

There was light smoke and no damage estimate.

“It was just my angel watching over me,” Englund said.