UPDATE: Two injured, one critically, in multi-vehicle crash on I-19 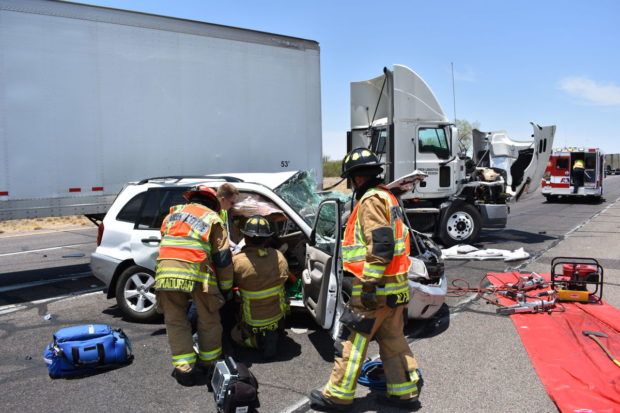 Green Valley Fire Chief Chuck Wunder said five people were evaluated by first responders at the scene. One was critically injured and sent to Banner University Medical Center in Tucson, while another had non-life-threatening injuries and was sent to the Green Valley Hospital. The other three declined treatment. Everyone was wearing a seat belt, Wunder said.