Two sent to hospital after 3-car crash in GV 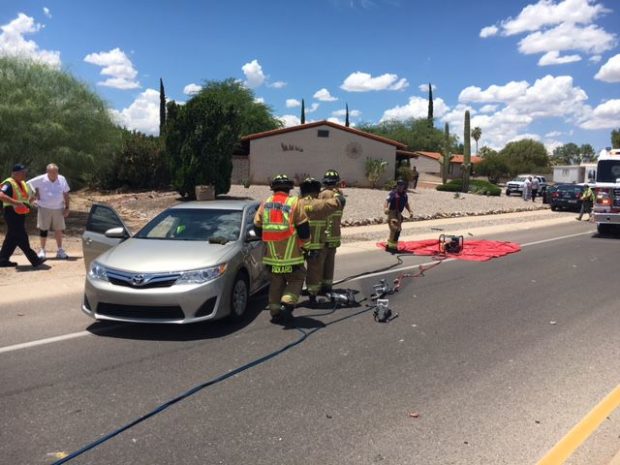 Two people were sent to the hospital after a three-car accident on Abrego Drive north of Continental Road in Green Valley on Wednesday.

The Green Valley Fire District responded to the scene around 12:15 p.m. after the driver of a small blue sedan had a medical issue that caused the vehicle to strike the rear end of a pick-up truck and then cross the median and sideswipe a silver car, a spokesman for the district said.

The driver of the silver car had to be extracted from her vehicle using the Jaws of Life extraction tool. Both the driver of the silver car and the blue sedan were transported to Banner-University Medical Center in Tucson with non-life-threatening injuries. The occupants of the truck did not need medical attention. The riders in all three cars were wearing seat belts, according to the GVFD.