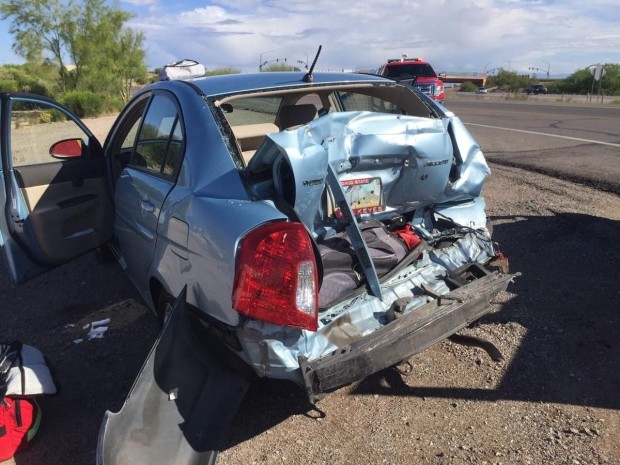 Two people were sent to the hospital Tuesday morning following a two-vehicle rear-end crash in southern Sahuarita.
A 34-year-old female driver struck a car being driven by a 81-year-old male driver, causing moderate to heavy damage to his vehicle, shortly after 8:30 on South Interstate 19 Frontage Road near the Burger King, according to the Green Valley Fire District.

The man was taken to the Green Valley Hospital and the woman was transported to Banner University Medical Center Tucson Campus. Both were wearing seat belts and had non-life-threatening injuries, the GVFD said.