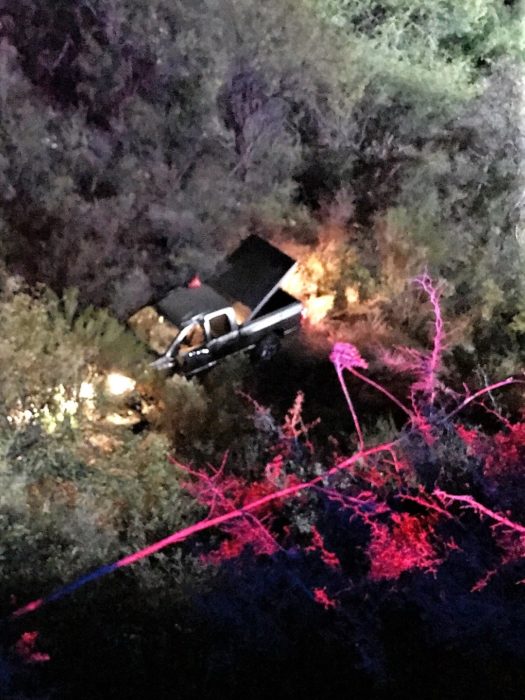 A 47-year-old Amado woman suffered minor injuries early Monday when her vehicle went off Mt. Hopkins Road, 200 feet, rolling at least once, according to the Green Valley Fire District.

Santa Cruz Sheriff’s deputies walked the woman up to the road where she was evaluated by Tubac Fire and GVFD personnel. She was taken to the hospital to be treated. The Santa Cruz County Sheriff’s Department is investigating the incident, which occurred shortly after 1 a.m. Mt. Hopkins Road leads to Whipple Observatory.