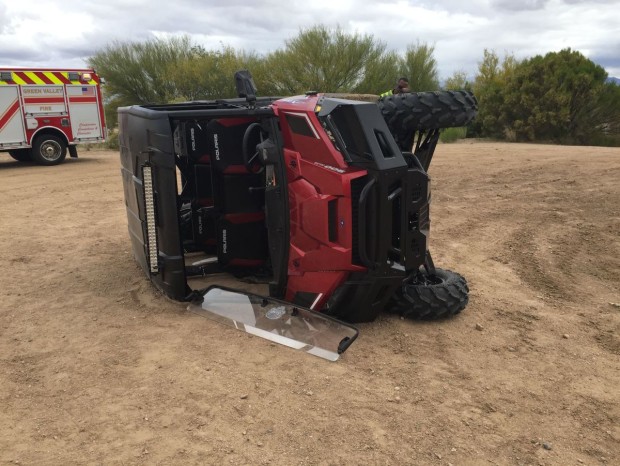 Three of seven people riding in an UTV were sent to the hospital following a crash on Sunday afternoon.
The UTV ended up on its side around 1:15 along the 17000 block of South Whispering Glen, according to the Green Valley Fire District. A 38-year-old woman and two minors were transported to Banner – University Medical Center Tucson. A 40-year-old man and three other minors refused transport. All the passengers were wearing seat belts; none had helmets, the GVFD said.

The cause of the crash is being investigated by the Sahuarita Police Department.