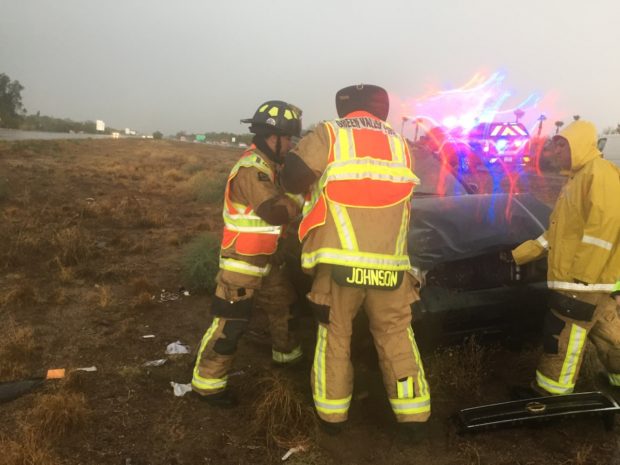 The district responded shortly before 6 p.m. to just south of the Duval Mine Road exit on Interstate 19 for a rollover accident. The 28-year-old driver had lost control of the vehicle in the heavy rains. She was able to get herself out of the vehicle with no apparent injuries, but was transported to Banner University Medical Center – Tucson as a precaution. 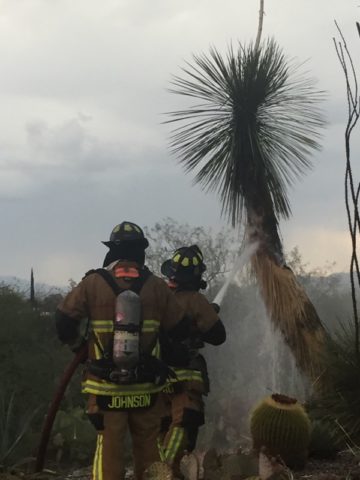 About a half an hour later, the fire district responded to South Los Corales Circle to put out a tree that had caught fire after being struck by lightning. The fire did not spread to the home, which was only 10 feet away.