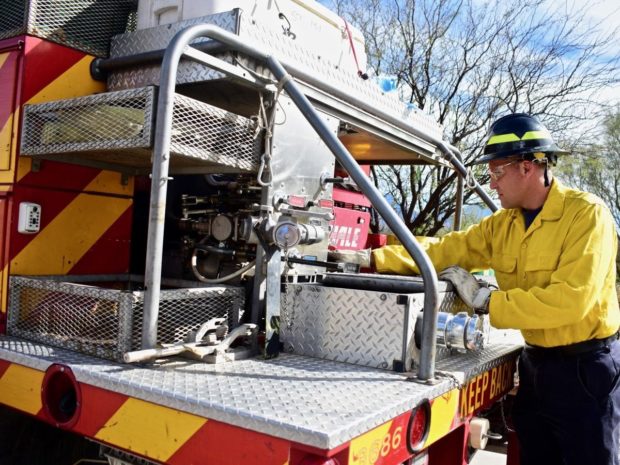 The $11.8 billion budget passed by Arizona lawmakers Monday will double a revolving account set up in 2016 to pay local fire agencies that respond to fires on federal land.

Fire agencies throughout the state have long sought an increase to the $10 million stabilization fund and are pleased to see the fund boosted to $20 million, Green Valley Fire District Chief Chuck Wunder said Tuesday.

For the past few years, Arizona fire agencies have had to wait months to be reimbursed for the costs associated with fighting federal wildland fires, sometimes hundreds of thousands of dollars. Increasing the stabilization fund should help, Wunder said.

“We’ve been working hard and hopefully this will provide some relief to those agencies that have been carrying the debt,” Wunder said.

The way it’s supposed to work is this: Local fire agencies respond to federal wildland fires, the state pays the agencies out of the stabilization fund, and then the state asks for reimbursement from the federal government.

However, the state has tapped out the fund over the last couple of years and it was having to wait for reimbursements before it could pay the fire agencies and send out the next round of bills.

Under Arizona law, when fires occur on state land, the state must pay fire agencies within 30 days of receiving the bill – but the federal government doesn’t have any deadlines.

In mid-February more than 70 fire districts across the state, including the Green Valley Fire District, were owed $12.4 million for wildland fires they fought on federal lands last year and many of them were re-thinking how they’d respond to such fires this year. 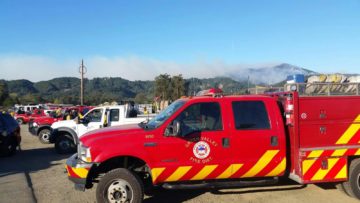 Several fire agencies, including GVFD, were considering no longer responding to state and federal fires outside their jurisdiction until they were paid. Since they are more likely to be reimbursed more quickly now, they probably won’t hesitate, Wunder said.

In February, GVFD was owed just under $291,000, but it has since been reimbursed for the full amount, Wunder said.

Golder Ranch Fire District was owed $750,000 at the same point in time, but has since been made whole, said GRFD spokesman Adam Jarrold.

Jarrold said Chief Randy Karrer “is extremely happy that all of the hard work of lobbying the state representatives and state senators has paid off.”

Thanks to the increase, the possibility of fire districts across the state being owed large sums in the future has been reduced, he said.

Fire districts across the state are gearing up for a busy wildland season because meteorologists are predicting a late monsoon.

July is expected to be drier than normal because the subtropical ridge that develops in Mexico and contributes to the monsoon won’t shift to the Four Corners region until later than usual, said Ken Drozd, a warning coordinator and meteorologist with the National Weather Service.

Although its been mild so far, the Tucson area is expected to see its first 100-degree day Monday.

Firefighters have been enjoying the relative quiet, Wunder said.

“The weather has been pretty good this year so it’s been extremely quiet. Other than some small fires locally, we’ve not been deployed yet,” Wunder said. “For the past couple of years we’d already been deployed by April.”