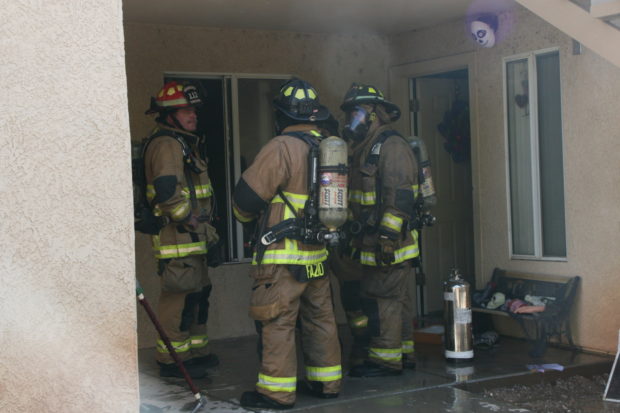 No one was injured Tuesday morning when a bathroom fan malfunctioned and started an apartment fire at the Sahuarita Mission Apartments.

When the firefighters arrived, they found water flowing underneath the door of a first-story apartment, Pratt said. They forced their way in and discovered the sprinkler system had been activated.

While the apartment was filled with smoke, there was only water damage and it was isolated to personal property, Pratt said.