She’s retiring once more, but she’s not slowing down 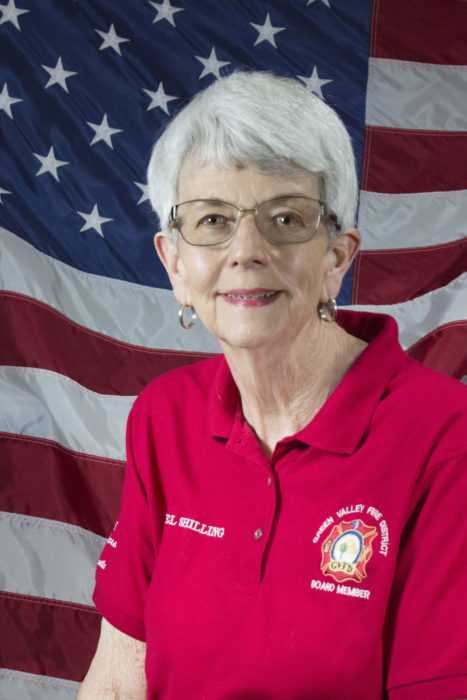 Mikel Shilling is retiring from public service — again — but don’t expect her to sit still. She never has and she never will, she says.

Shilling, 82, recently announced her last day on the Green Valley Fire District board will be Nov. 28. She wants to spend more time traveling, visiting family and knitting. (She’s heading to a knitting conference in California next week.)

“I don’t like to sit around,” Shilling said. “I just like the opportunity to do something and to be creative. I’m very project-oriented and to get things done is very satisfying to me.”

An Oregon native, Shilling spent her childhood there and in California. She received her Bachelor of Science in business administration from the University of Arizona in 1958.

She worked for the U.S. Forest Service for 21 years as a writer and an environmental specialist and had two stints in Washington, D.C.

“I was in the right place at the right time,” Shilling said. “I was the first professional woman hired in the U.S. national fire system in Washington, D.C. That was at a time when diversity was just starting.”

While Shilling was at the U.S. Forest Service, the agency conducted its first review of its roadless lands to see if they were suitable for conservation. Shilling was a writer for what was called the Roadless Area Review and Evaluation project, which wrapped up in 1972.

Later, as an environmental specialist, she made sure documents accurately reflected the environmental impacts on certain projects.

She’s particularly proud of two awards she received while with the Forest Service, one for her work on the RARE project and one for her contributions as a non-supervisor. She helped write several rules and regulations for her coworkers and created a training program.

Shilling and her husband, Mel, a retired Bureau of Land Management employee, thought they’d retire and stay on the East Coast, but then decided to retire in the West.

Mel was born in Cochise and the couple often spent time in Southern Arizona and Oregon.

“Once he saw the wood shop (at Green Valley Recreation), Oregon quickly dropped off the list,” Shilling said.

The couple raised two children, Layne, an engineer who died 12 years ago of colon cancer, and Jeff, an engineer who has two children. Once retired, Shilling said she and her husband plan to spend some time in Maryland where Jeff and his family live. They’re expecting their first great-grandchild in the spring.

After retiring, the couple moved to Green Valley in 1994. Before long, Shilling found herself involved with the Portillo Hills II homeowners association, the Tubac Center of the Arts, Green Valley Community Coordinating Council (now the Green Valley Council), Pima County Parks and Recreation Commission and the Greater Green Valley Community Foundation. She was also appointed to several Arizona Department of Transportation committees.

“There was just so much to do and things just happened,” Shilling said of her post-retirement positions. “I got these opportunities and I felt like I had something to contribute.”

She was familiar with wildland fires due to her time with the U.S. Forest Service, but up until then her only interaction with the GVFD was when “I called them to pick up my snakes,” Shilling said.

She’s planning to return to Easter Island with a friend next spring; it’s her favorite destination so far.

Shilling is especially proud that the GVFD has added several women firefighters and believes the board made an excellent decision in promoting Chief Chuck Wunder.

“We only hire good people,” she said. “I’m most proud of the way our people interact with the community.”

She fondly recalls the time several firefighters cared for a 92-year-old man who passed out in his driveway and then went back to finish planting the flag pole the man had been installing when he became ill.

“There are just many, many instances like that,” she said.

She believes the community is being left in good hands.

“There comes a time when it’s time,” she said. “There are some wonderful people on the board and they’ll fine, just fine.”