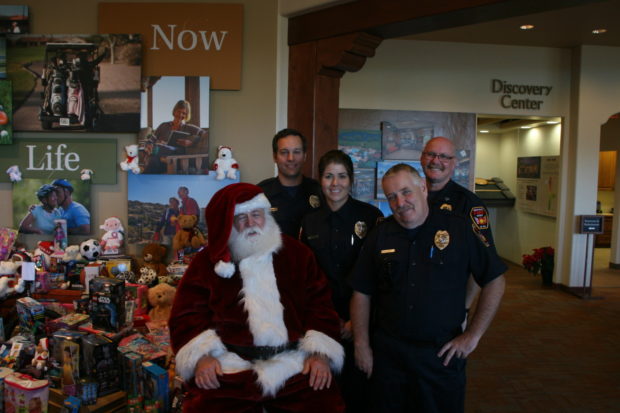 For nearly a hundred tots, teens and those in between in Green Valley and Sahuarita, there is a Santa.

They won’t get to meet him in person but they’ll cherish his generosity with more than a firetruck full of dolls, trucks, cars, stuffed animals, bikes, basketballs, Lego, Star Wars toys, games and other popular play things.

All the toys are courtesy of Eric Caldwell, 70, a Santa look-alike and resident of Quail Creek who has been buying toys for children in need for about 10 years. His white beard is as genuine as his generous spirit of giving. 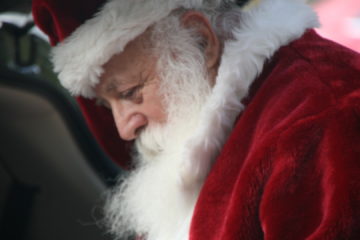 “I buy all year long. I just buy what strikes my fancy,” he says. “This is my sixth Christmas here, and I give the toys to the (Green Valley) fire department. Before I moved here I gave to Toys for Tots,” he said.

He’s legally blind and no longer able to drive, so he depends on others and shops when he can. He buys what appeals to him and collects the stash of toys in a spare bedroom.

On Thursday, this year’s collection was displayed at Quail Creek’s sales office and included cartons of wooden toys made by Quail Creek’s woodcrafters. GVFD representatives came to move the load onto fire trucks.

“We wrap and label every toy with appropriate ages,” she said. “I shop for wrapping paper on sale after Christmas and fundraisers are held annually. This year we raised near $7,000.”

Santa’s not around when the kids open the gifts but he said he doesn’t need to and doesn’t want to. He simply enjoys shopping for toys year round, loading them up and seeing them go to needy children.

“It’s just fun to see how much I collect.”