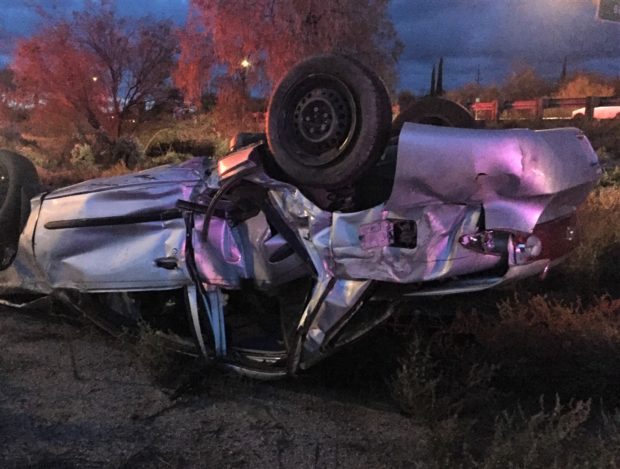 A 20-year-old Tucson man was taken to the hospital Thursday morning following a rollover crash near just north of the Esperanza exit on southbound interstate 19. Arizona Department of Public Safety spokesman Raul Garcia said a sedan and a station wagon were traveling south on I-19 at a high rate of speed when the station wagon’s driver changed lanes and hit the sedan, causing it to hit the guardrail and roll over into the median. The driver of the sedan, a 20-year-old Tucson resident, was transported to an area hospital with non-life threatening injuries. The driver of the station wagon, a 64-year-old Green Valley resident, was cited for unsafe lane usage.