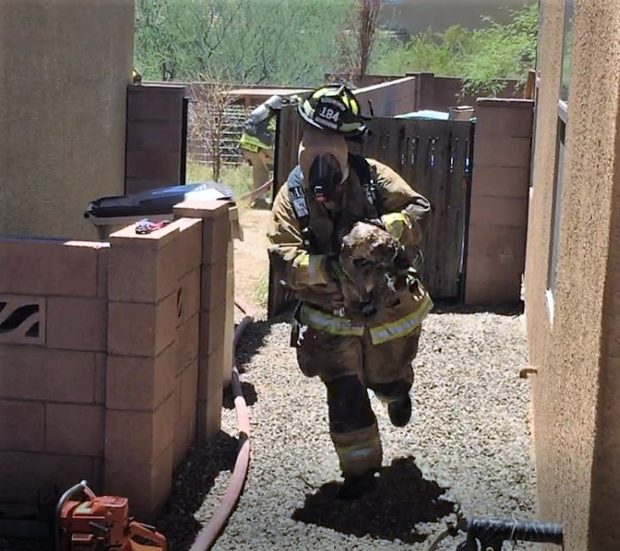 The Green Valley Fire District rescued a 3-month-old puppy from a swarm of bees Tuesday.

Firefighters were called to a home in the 800 block of West Placita Canalito around 11 a.m. Tuesday by a homeowner who said there was a bee swarm in their backyard and they couldn’t get to their Australian Shepherd who was being attacked, said GVFD spokesman L.T. Pratt. The puppy had become lodged between the house and it’s dog house while trying to escape.

Firefighters used foam to keep the swarm away while they rescued the puppy from its hiding place, Pratt said.

The puppy was conscious and alert when handed over to the owner and then rushed off to the vet, he said.