Police: Woman who rolled ATV may have been drunk, stolen vehicle 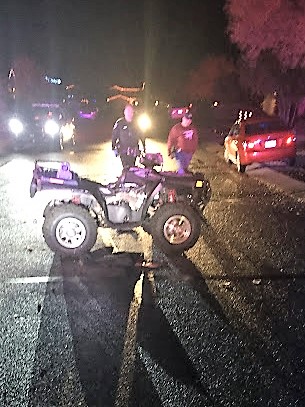 The Sahuarita Police Department is investigating whether a 45-year-old Sahuarita woman stole the ATV she rolled over Thursday night.

Sahuarita Police Sgt. Michael Falquez said officers received a call that a woman stole an ATV and crashed it in the intersection of Camino de las Quintas and Calle Del Libro Dorado around 5:40 p.m.

Officers suspect the woman may have been intoxicated. 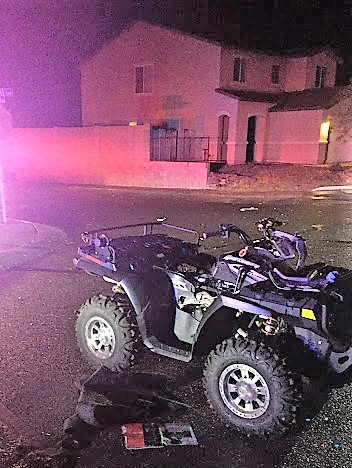 Green Valley Fire District paramedics found the woman, who was not wearing a helmet, suffering from head trauma and minor injuries and she was taken to Banner University Medical Center, said GVFD Spokesman L.T. Pratt.

Bystanders told authorities she lost control of the ATV and it rolled, throwing her away from the vehicle, Pratt said.