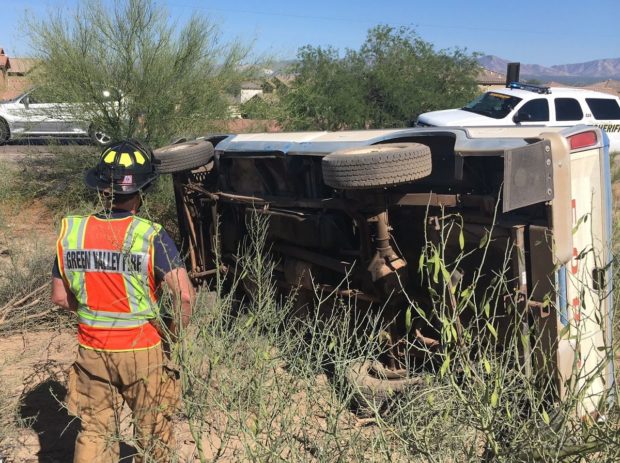 A blown tire is believed responsible for a rollover on Interstate 19 between Duval Mine and Sahuarita roads mid-afternoon Monday, leaving the driver shaken but with only minor injuries.

The driver, a 25-year-old female, was wearing a seatbelt at the time and was treated by Green Valley Fire District personnel, then released at the scene. She was found outside the vehicle, an older Ford-model pick-up, which came to rest on its side after a tire went flat, apparently causing the driver to lose control and crash into the median.

The call for help came in at 3:22 p.m., a GVFD spokesman said. A bystander had helped her from the truck, which was traveling south at the time of the crash.