One sent to hospital after car strikes stop sign

A 17-year-old boy was sent to the hospital after the car he and another 17-year-old boy were in hit a stop sign in an undeveloped neighborhood south of Anamax Park in Sahuarita on Sunday night. 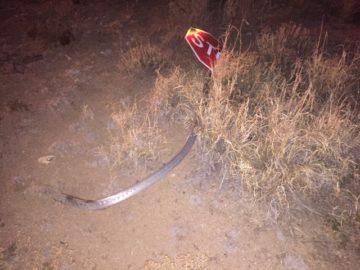 The Green Valley Fire District responded shortly after 7 p.m. to Camino de Las Quintas and Quiet Meadows Drive, where the vehicle had struck the sign. One of the 17-year-olds was taken to the Green Valley Hospital with non-life-threatening injuries, while the other refused transport.