Nobody injured as fire sweeps through GV home 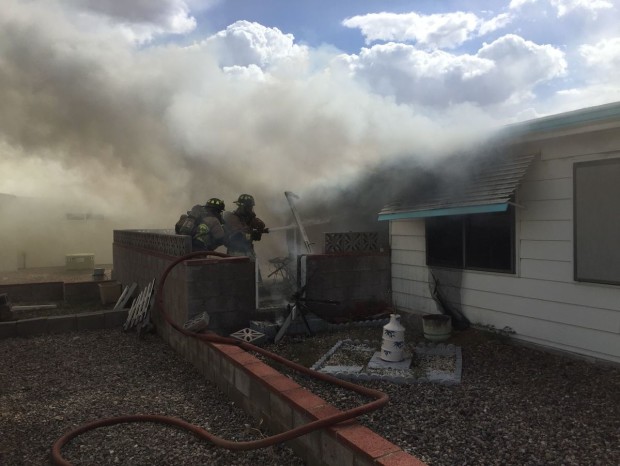 Fire swept through a manufactured home in Green Valley on Friday causing an estimated $140,000 in damage to the structure and contents.

The lone occupant was not home when the fire broke out just before 3 p.m. on the 200 block of West Tuna Drive in Pueblo Estates, according to the Green Valley Fire District. A dog was rescued from the property.

Four fire engines and 16 firefighters knocked down the blaze in 19 minutes, according to GVFD. Cause of the fire was undetermined but not believed to be suspicious.