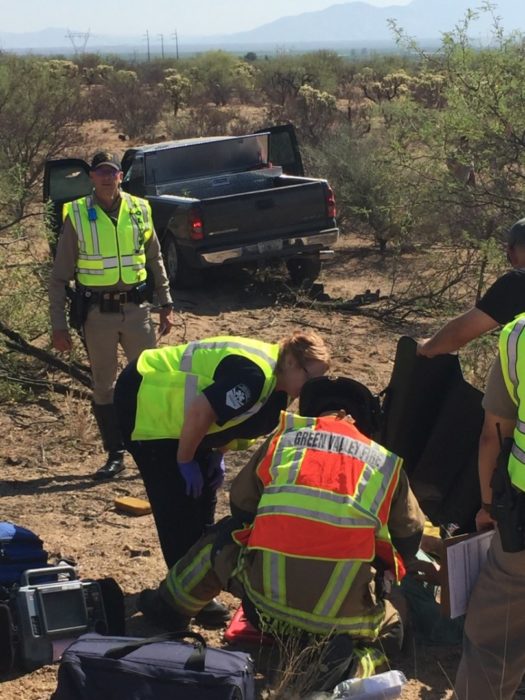 Two people received minor injuries Friday morning after the vehicle they were in crossed the median and both lanes of oncoming traffic before coming to a stop on the shoulder of Interstate 19.

The Green Valley Fire District responded near the Duval Mine Road exit around 8:30 for the vehicle, which had been driving southbound and wound up on the east side of the northbound lanes. The cause of the crash is being investigated by the state Department of Public Safety.

The couple inside the vehicle were both wearing seat belts and sustained minor injuries, according to the GVFD. Both were transported to Banner-University Medical Center Tucson.