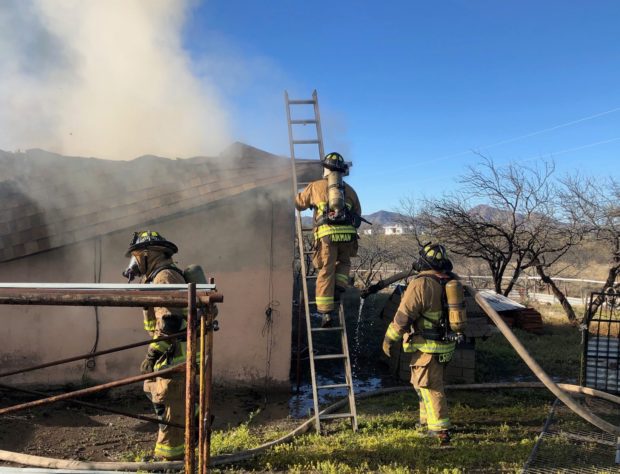 A 33-year-old man is in the Pima County Adult Detention Center after authorities said he set fire to a home in Arivaca during a domestic violence incident and later “presented” a handgun to Pima County Sheriff’s deputies at the scene.

Lt. Derek Ogden said Pedro Triana was arrested on suspicion of three counts of aggravated assault with a deadly weapon against a law enforcement officer, two counts of domestic violence/endangerment and one count each of arson of an occupied structure, arson of a structure, domestic violence/criminal damage over $10,000 and possession of a weapon by a prohibited possessor. His hometown was unavailable.

In addition, Triana was arrested on a warrant issued in Pima County Superior Court Feb. 26 when he failed to appear on a petition to revoke probation in a disorderly conduct case he pleaded guilty to last July, court records indicate. 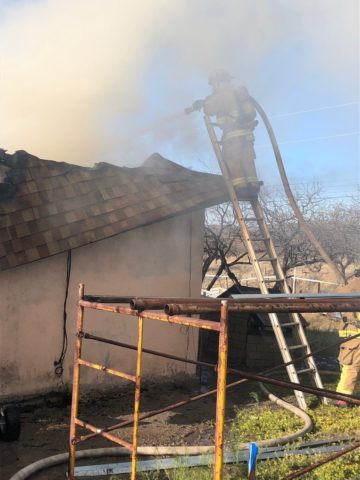 Neighbors called 911 around 6:20 a.m. Thursday after they saw smoke coming from a home in the 14000 block of West Hardscrabble Road and heard an explosion, Ogden said.

When deputies arrived they learned an armed Triana had been on the scene, but left, he said. During the course of the investigation, deputies developed information that Triana started the fire during a domestic violence incident involving two relatives, Ogden said.

Triana came back to the scene, the gun was seen by deputies and he was taken into custody, he said.

Ogden did not have information as to how the fire began. The home remained standing after the fire, but a truck parked next to the home was a total loss, he said.

Green Valley Fire and Tubac Fire helped Arivaca Fire extinguish the fire. The house had more than $50,000 in damage and three people were displaced.