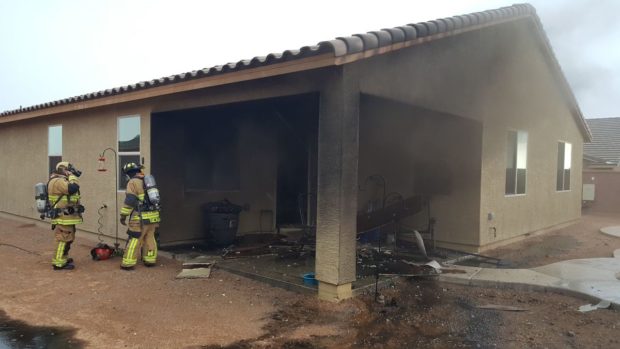 Lightning struck a home in Madera Highlands on Wednesday as a storm swept through, causing an estimated $50,000 to $75,000 in damage.

Green Valley Fire District was called to the house in the 1000 block of Stronghold Canyon in Sahuarita at 3 p.m. and quickly put out the fire. Lightning struck the rear porch and flames and smoke entered the attic, according to a GVFD spokesman. The home is not inhabitable.

A resident at the home rescued a dog and a firefighters rescued a cat. The family moved into the new home earlier this month.