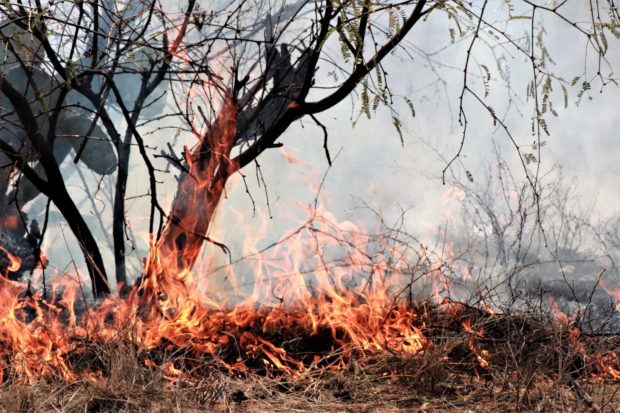 Wildland fire season used to begin in the spring in Arizona. Not anymore.

“It’s a year-round phenomenon for us now,” said Heidi Schewel, spokeswoman for the Coronado National Forest. “We’re experiencing human-caused fires every month of the year.”

Low humidity, above-normal temperatures and dry fuel are making conditions ripe for more fires than normal in the Southwest and Southern California, according to the National Interagency Fire Center.

It’s only going to get busier for Arizona’s firefighters, said Tiffany Davila, Arizona Department of Forestry and Fire Management.

“We have not received that much moisture, and even if we do soon, it’s too little too late. “Besides the lack of rain, it’s been unseasonably warm and conditions are dry,” Davila said.

Davila and Schewel said their agencies are conducting prescribed burns and taking other measures to help reduce the amount of fuel across the state.

Gov. Doug Ducey has asked the Legislature to allocate an additional $700,000 to the Hazardous Vegetation Removal fund for next fiscal year, Davila said.

Davila, Schewel and GVFD spokesman L.T. Pratt said it’s crucial for people to be careful because one spark can cause a devastating fire. 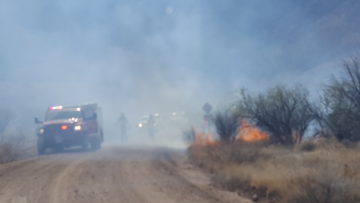 Although there were so many wildland fires last year, there is plenty of fuel left to burn, Schewel said. In addition, the grasslands that burned last year have come back thanks to July’s rains.

“The conditions are aligning for a very active fire season,” she said.

GVFD firefighters are completing their refresher wildland fire training courses at an accelerated pace, Pratt said. They are also in the process of replacing equipment and preparing it.

“The fires aren’t going to wait on us,” Pratt said.