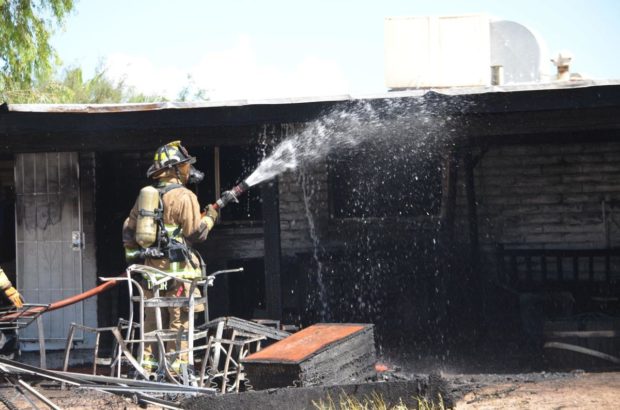 Sahuarita Police Sgt. Michael Falquez said a woman called 911 shortly before 10:30 a.m. to report her neighbor’s home in the 17000 block of Placita de Plata, near Anamax Park, was on fire. The neighbor said she saw flames through a window and had heard explosions, he said.

When firefighters arrived, flames were coming out of the front two windows and, once inside, they found several bedrooms were heavily engulfed in flames, Wunder said. 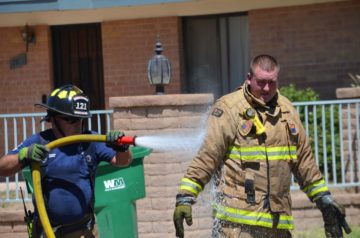 It took 18 firefighters about 20 minutes to put out the fire, he said.

On Thursday, Wunder said he thought the home would be declared a total loss, but a day later said they had been able to save more of it than they thought. The electrical fire was not caused by an appliance, but likely the home’s wiring, he said.

The damage estimate is around $80,000, Wunder said Friday.

The woman is staying with family across the street, Wunder said. She declined to be interviewed at the scene, as did neighbors. 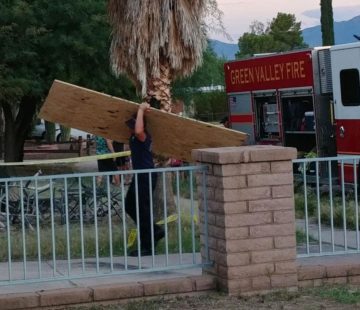 On Friday, GVFD crews helped put plywood up at the home.