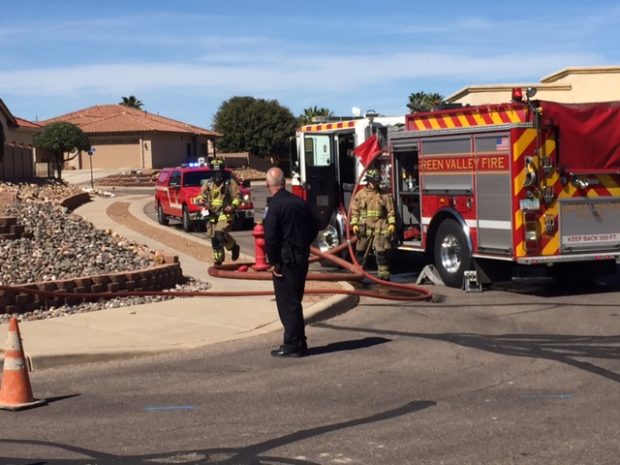 Reports of a rotten egg odor and hissing noise from a gas main resulted from a heavy dirt clod that fell onto the line in the 100 block of East Placita de Aretes, according to a spokesman from GVFD, which responded to the call at 1:42 p.m.

Southwest Gas secured the leak, and firefighters cleared the scene at 2:48 p.m., according to GVFD. No injuries were reported, and all residents since returned to their homes.