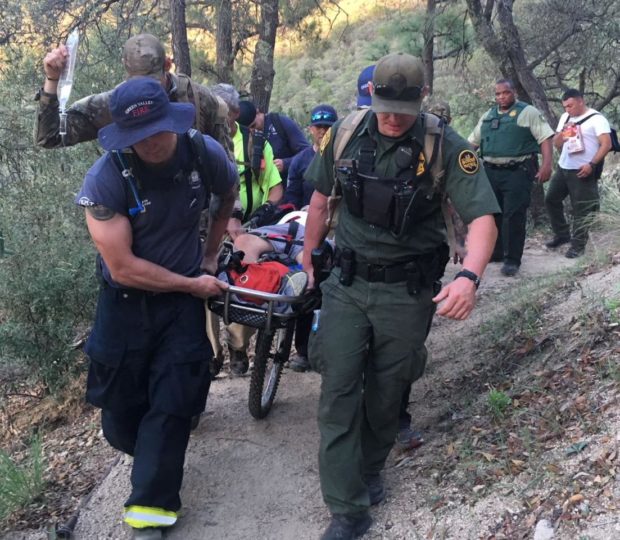 Green Valley Fire District Operations Chief Joey Kosiorowski said emergency responders received a call around 2:20 p.m. about a hiker who was conscious, but suffering from heat exhaustion and unable to continue his hike.

The man declined further medical care and was released to friends and family once back to the parking lot, Kosiorowski said.