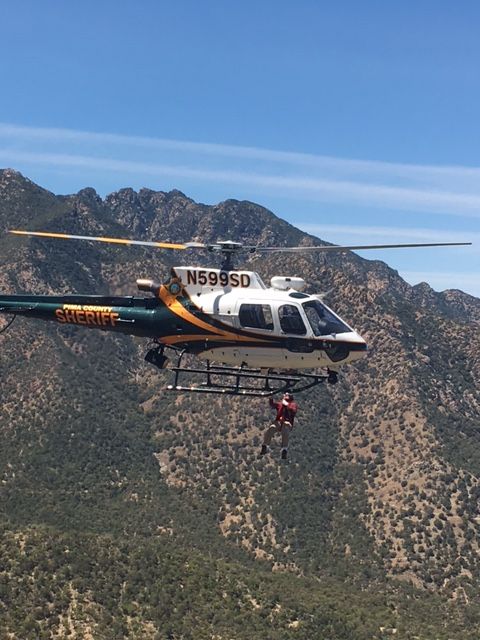 A hiker experiencing a medical emergency had to be air lifted out of Madera Canyon on Tuesday.

The 68-year-old man had cardiac symptoms while up in the canyon. He was stabilized by Green Valley Fire District personnel along the Bog Springs Trail before the Pima County Sheriff’s Department used a helicopter to transport him to the Titan Missile Museum where an ambulance was waiting, according to GVFD Chief Chuck Wunder.

The man was transported to St. Mary’s Hospital.