Headed Out for a Hike? Be Cautious 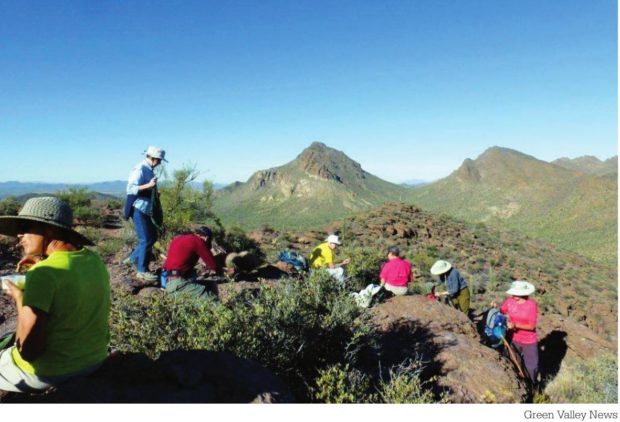 The cooler temperatures, blue skies and emerald green vegetation might be tempting you to go for a hike, but before heading out there are some steps you need to take, hiking aficionados and first responders say.

“Most of the time when we get called it’s not for someone falling off a cliff, it’s someone who has minor injuries or someone who is suffering from heat exposure, heat sickness or dehydration, all of which are preventable,” Pratt said. 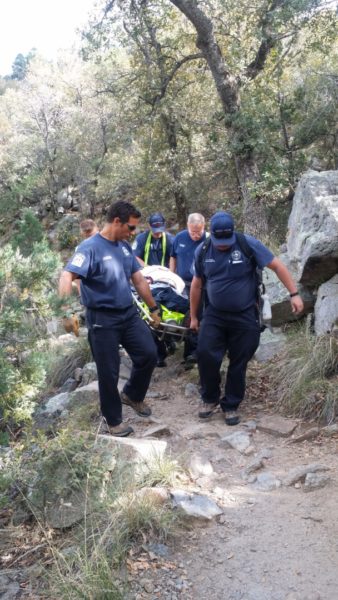 People also need to familiarize themselves with where they are going, bring maps and tell people their plans, Pratt said.

Sure, SmartPhones come equipped with GPS, but what happens when you can’t get a signal, your batteries die or the phone is damaged?

“People depend upon their electronic devices too much and they don’t know their own limitations,” Pratt said.  “They should ask themselves, if they get disoriented can they determine what’s north and south?  People don’t do their research and they just strike out and suddenly they find themselves in trouble.”

If people are going to rely on their phones if they get into trouble, they need to make sure they are fully charged before they set out, Pima County Sheriff’s Lt. Eric Johnson said.

Jim Chisholm, the Green Valley Hiking Club hike master, said new club members are required to attend an orientation class that covers safety.  In addition, the club offers a map reading class every other year and a popular GPS class.

Prior to every hike, a hike leader and an assistant hike leader scout out the route several days ahead of time using a topography map, which shows where cliffs, ridges and creeks are, Chisholm said.  They want to know if the trail has been blocked by fallen trees or been washed out.

“Our motto is safe and enjoyable hiking,” Chisholm said.  “It’s up to the hike leaders to get all of the hikers through safely and reliably.  If there’s a washout, our leaders try to find the safest way around it.”

The club’s 450 members have around 400 hikes available to them, but as hikes close, new ones are added after they’ve been scouted and documented with the help of maps, Chisholm said.

Chisholm agrees with Pratt in that most of the distressed hikers he encounters are dehydrated, so people need to bring plenty of water with them.

Another important tip is to bring a hiking buddy with you, Chisholm said.

The bottom line is people need to plan for every contingency, Pratt said.