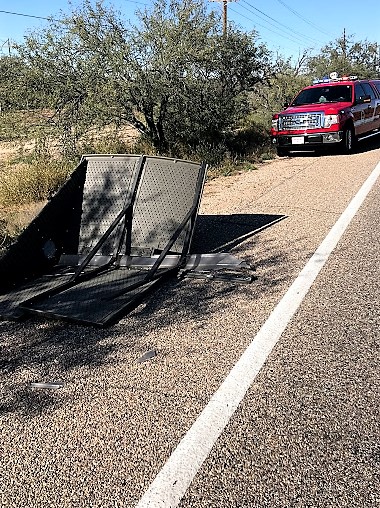 The CEO of Green Valley Recreation and his wife were injured Sunday in a motorcycle accident on Old Nogales in Sahuarita.

Kent Blumenthal injured his foot, and his wife, Becky, had a knee injury in the crash that occurred about 2 p.m. near Quail Creek-Veterans Municipal Park. Both suffered road rash, according to the Green Valley Fire District.

According to officials and an account from Blumenthal in an email to the GVR Board, the motorcycle, which he was driving, went down after striking debris in the road. Blumenthal said the roof of a shed came out of the bed of a pickup coming toward him in the opposite lane. 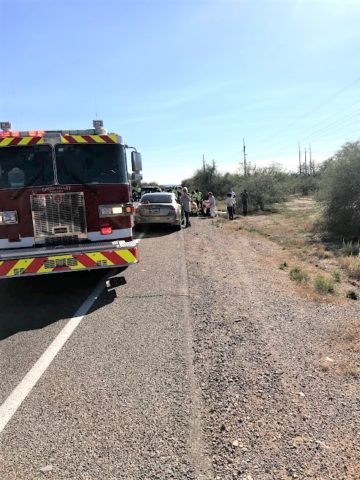 Blumenthal said the couple were headed back from a ride to Patagonia and going about 45 mph when the crash occurred.

“This all happened in about 1-2 seconds,” Blumenthal wrote. “Nowhere to go, nowhere to hide. I drove into the roof straight on.”

Blumenthal was released from the hospital Monday night after surgery on his left foot. He said he is facing three months of recovery with his foot immobilized.

“It may be a bit achy and slow-going for me for a while,” he wrote to the board. “With a splint on my right index finger, typing is now ‘hunt & peck.’”