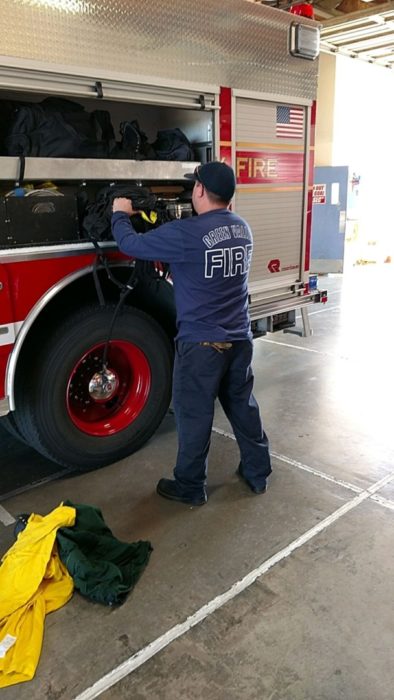 The firefighters departed Monday morning for Eureka, Calif., where they will be battling the Orleans Complex on the Six Rivers National Forest, according to GVFD Operations Chief Joey Kosiorowski.

Lightning started the fire on July 25 and, as of Monday morning, the fire had consumed 26,500 acres of timber, brush and short grass.

Three other GVFD firefighters are helping out with the lightning-caused Meyers Fire west of Butte, Montana which was nearing 61,000 acres Monday morning, according to the U.S. Forest Service.

In addition, LT Pratt, the community outreach coordinator for GVFD, left Aug. 25 to help out on multiple fires in the Detroit, Ore., area. Pratt is part of the planning unit of one of 16 national Type I Incident Management Team. Such teams are the most highly trained and respond to the biggest and most complex incidents.

The district is reimbursed by the different agencies and those funds are used for maintenance on vehicles and overtime costs covering shifts of those who are away.