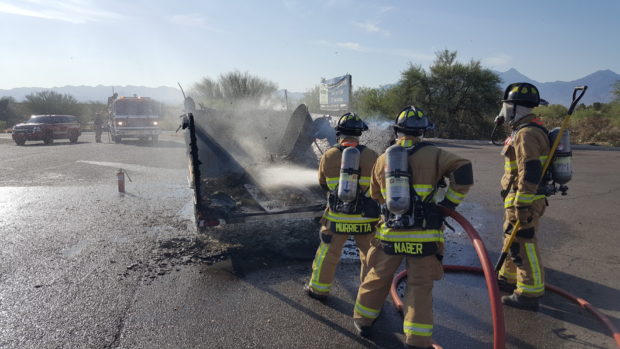 The Green Valley Fire District quickly knocked down a fire in a landscaping trailer Thursday morning.

The vehicle pulling the trailer was filling up with gas at the Chevron Station off Continental Road when workers noticed smoke coming from the trailer. They pulled the trailer to the middle of the parking lot and disconnected it. 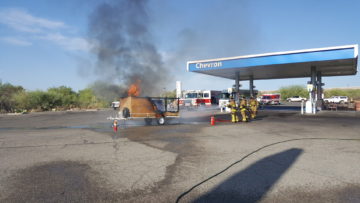 The fire caused roughly $500 in damage and firefighters had the blaze out in less than 10 minutes, according to the GVFD. The cause of the fire is undetermined, but appears to be accidental.