GVFD preparing for anything with upcoming fire season 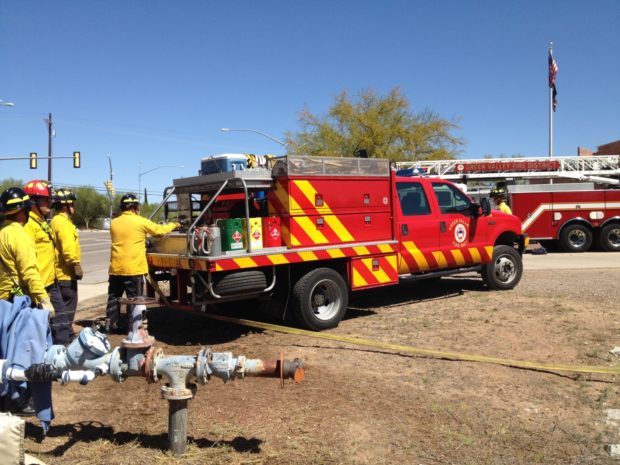 Brush fire season is almost upon us and the National Weather Service says firefighters ought to be prepared for anything, said Green Valley Fire District Chief Chuck Wunder.

While many areas south and east of Tucson have a great deal of standing dead grass and the long-range forecast calls for hotter-than-normal temperatures, live trees and brush are generally in better shape this year due to a decent amount of rain.

The district’s firefighters just completed a series of training exercises to prepare for the wildland fires, Wunder said. 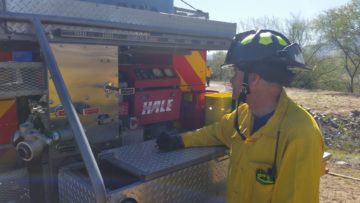 The district has responded to nine brush fires since Jan. 1; three were “significant” in size, Wunder said. One burned 30 acres on the University of Arizona Experimental Range and two burned 50 and 146 acres in Arivaca. The rest of these fires were small roadside fires.

As of Friday, there were 17 large fires burning in Oklahoma. According to the National Interagency Fire Center in Boise, Idaho, the fires have charred more than 815,000 acres so far.

A total of 83 large fires were burning in 14 states Friday, according to the Fire Center.

There is a lot residents can do to lower the risk of a brush fire, Wunder said.

People should maintain a defensible space approximately 30 feet away from their homes, meaning they need to clear out anything that will burn, such as wood piles, dried leaves, newspapers and other brush, Wunder said.

Hopefully, Wunder said we’ll get more rain between now and the monsoon.

“When the monsoons get here, our fire season is over and we’ll be focusing on other parts of the country and the state,” Wunder said.