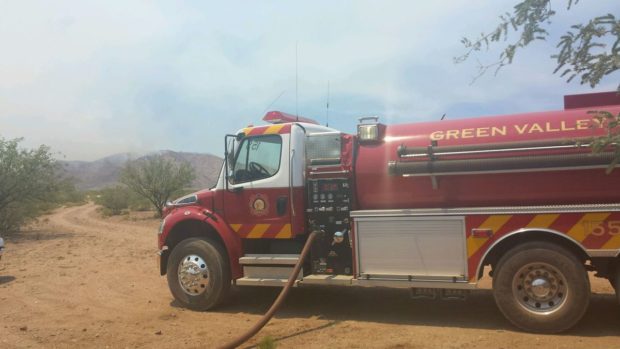 Green Valley Fire District personnel are helping battle the Brown Fire in the Baboquivari Mountains southwest of Green Valley. The fire had burned 15,240 acres as of Tuesday evening and was 30 percent contained.

Two water-tender trucks and their operators from GVFD have remained on scene since reporting to the site north of Sasabe on Saturday. The fire ignited at about 4:30 p.m. Friday and is believed to be human-caused.

Fire officials are working closely with the Altar Valley Conservation Alliance to minimize impact to natural habitat and area ranches. Ground and air operations continue to be challenged by the heat and inaccessible terrain.