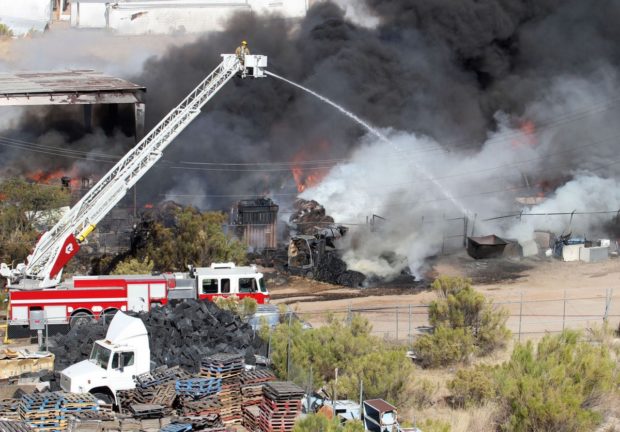 Green Valley Fire District was among several agencies that responded to a wildfire in the Vista del Cielo area of Nogales on Friday.

The fire originated in a recycling company and spread with heavy winds into the adjoining desert.

The fire sent a possibly toxic column of black smoke through the area after it erupted about 1 p.m., Nogales Fire Department spokeswoman Marcela Hammond said.

Though the fire was originally reported as a grass fire, Hammond said when firefighters arrived, they found that the fire was actually at the facility and that tires, vehicles and wooden pallets were engulfed in flames. Residents were urged to stay indoors and avoid the area