The three Green Valley Fire District firefighters sent to assist in California have been assigned to the Thomas Fire near Ventura and are based out of the Santa Barbara Polo Club.

The Thomas fire is the fifth-largest wildfire in modern California history, hitting 230,000 acres over the weekend. The blaze has destroyed 524 structures and damaged 135 in the city of Ventura. In the unincorporated areas of Ventura County, 266 structures have been destroyed. 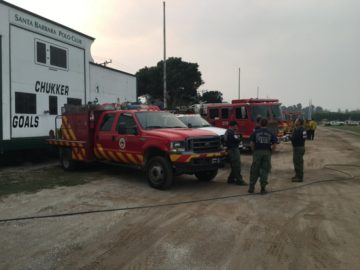 Volunteer couple is racking up the hours