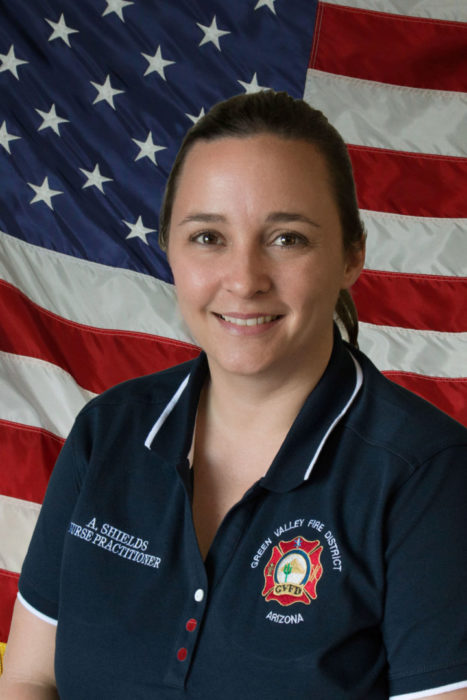 If you’ve managed to avoid getting the flu, congratulations. But this year’s deadly flu season is only about halfway through.
According to the Arizona Department of Health Services, lab results confirmed 173 Pima County residents contracted the flu the week of Jan. 20, up 43 a week earlier.
Labs have confirmed 19,279 flu cases in the state since Oct. 1, an increase of 786 percent from the 2016-17 flu season. There have been 2,446 lab-confirmed cases of flu in Pima County since Oct. 1.

And while not every flu victim has lab work done, Adrianne O’Brien, a nurse practitioner with the Green Valley Fire District, is seeing plenty of people with flu-like symptoms in Green Valley and Sahuarita.
Last month, she saw 72 patients, and 40 of them had flu-related symptoms.
“This year, our flu patients have been very ill, with more complications leading to second visits,” O’Brien said. “I have sent a couple to the hospital after seeing them, but I have also noticed that a significant number of patients have called 911 and were transported to the hospital without my involvement because they became so sick so quickly.”
Health experts are urging people to get flu shots if they haven’t had one yet. The shot is a cocktail of vaccines and part of its effectiveness is dependent upon how well researchers can predict which strains will be the most virulent each season.
This year, the H3N2 strain mutated while the vaccine was being produced, so the vaccine is only 30 percent effective in fighting that flu strain, according to the Centers for Disease Control. 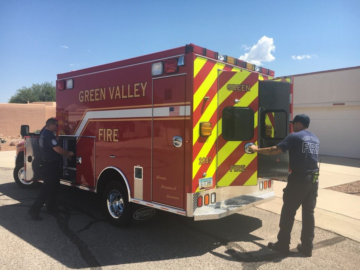 However, experts recommend the vaccine because there are four strains this year.
In addition, the vaccine can help to lessen the effects of the virus and help keep people out of the hospital.
“I think most of my patients did receive the flu vaccine, but their age and general medical condition prior to contracting the flu seemed to be a bigger indicator of how sick some of my patients were,” O’Brien said.
If she sees a patient within 48 hours of their contracting the virus, O’Brien said she’ll prescribe Tamiflu, but if it’s after that she does her best to help them manage their symptoms, which include sudden or rapid onset of fever, chills, cough, sore throat, nasal congestion or drainage, body aches, headaches, fatigue and maybe vomiting and diarrhea.