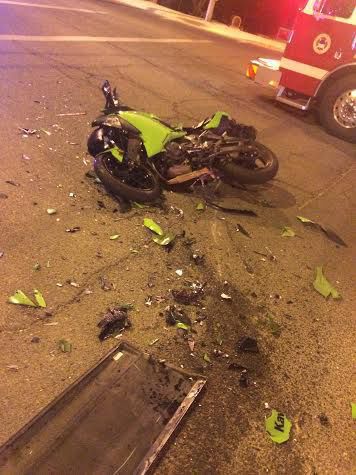 Tyler Woelfersheim, an 18-year-old Sahuarita motorcyclist hit by an SUV in Green Valley Thursday night, has died from his injuries.

He died shortly after being taken to Banner-University Medical Center in Tucson, according to a Pima County Sheriff’s Department spokesman.

The crash at Abrego Drive and Continental Road occurred about 7:40 p.m. and involved another vehicle whose driver was not injured, according to a spokesman for the Green Valley Fire District.

A Pima County Sheriff’s Department spokesman said the SUV driver was at fault, but details were not available.