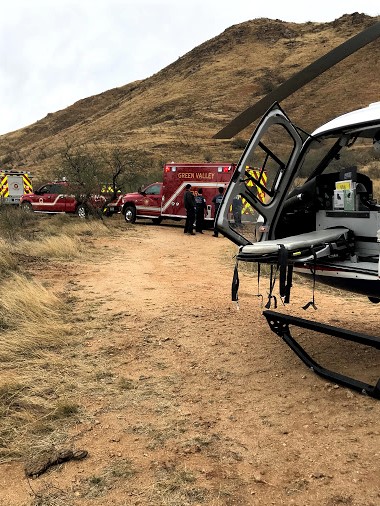 A 75-year-old Green Valley man was rescued Sunday afternoon after he was involved in a single quad rollover accident, authorities said.

Green Valley Fire District paramedics, along with Pima County Sheriff deputies and Forest Law Enforcement officers, responded to an area in Florida Canyon, about 10 miles southeast of Continental School, where the man was found with suspected internal injuries along with cuts and bruises, said GVFD spokesperson L.T. Pratt via email.

He was driving slowly down a steep slope when the quad rolled on top of him. The man was not wearing a helmet, and was transported via helicopter to a Tucson trauma center for further evaluation and treatment, Pratt said.

The man “was lucky not to have more serious injuries due to the lack of safety equipment,” Pratt said.