The Pima County Sheriff’s Department is investigating the cause of an accident Tuesday that killed a 75-year-old Green Valley man.

The man was traveling on Camino Del Sol when he drifted off the road around 2 p.m. south of Continental Road, and struck a dirt embankment, Lt. Derek Ogden said.

The driver of the truck was talking at the scene of the crash but later died, Ogden said. 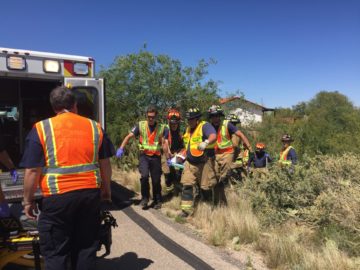 Investigators are considering all possible scenarios, including a medical emergency.

They closed the roadway at West Via De Suenos for several hours while investigators mapped the area.

The man’s indentity is being withheld until next of kin is notified.