Gas leak in GV under control 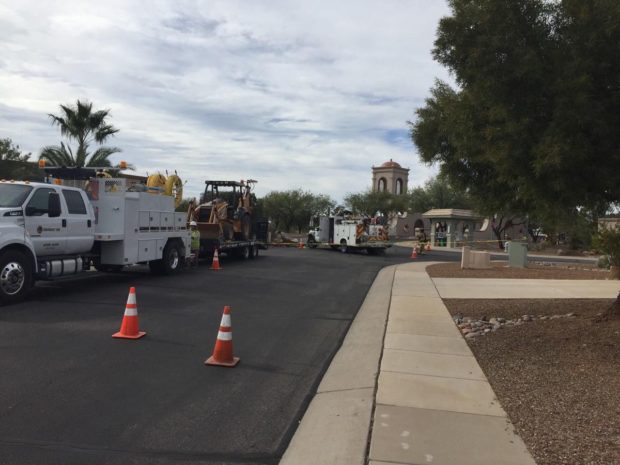 Green Valley residents left without gas after Southwest Gas crews damaged a four-inch line this morning should have it back this afternoon, said Southwest Gas spokeswoman Sonya Headen.

Seven people from three homes in the Sunrise Vista neighborhood were evacuated around 11 a.m. after maintenance crews struck the line, Headen said.

A total of 35 customers were impacted and traffic was diverted from the area, Headen said.

The Green Valley Fire District spent a couple of hours on the scene at West Pecan Valley Drive and the East Interstate 19 Frontage as a precautionary measure, GVFD Division Chief Joey Kosiorowski said.

The northbound I-19 Frontage Road was closed at Calle Torres Blancas because of the leak, but was re-opened shortly before 1:30 p.m., according to the Pima County Sheriff’s Department.