Four injured in three-vehicle crash on I-19 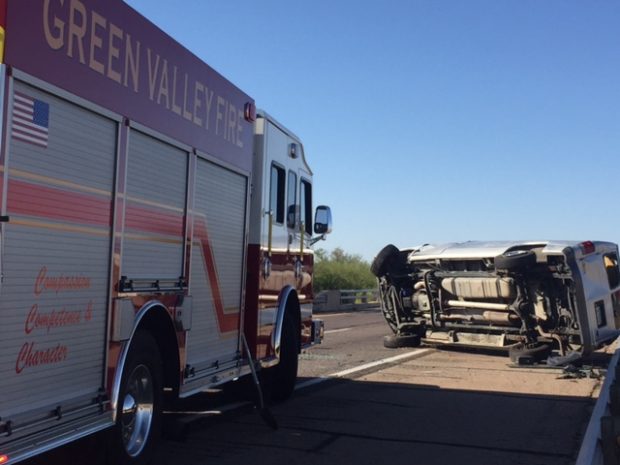 Four people, two of them juveniles, were taken to a Tucson hospital with non-life threatening injuries. All were using seat belts, according to the Green Valley Fire District. The crash left a white van on its side. Somebody on the scene said the van did not appear to have markings on it. 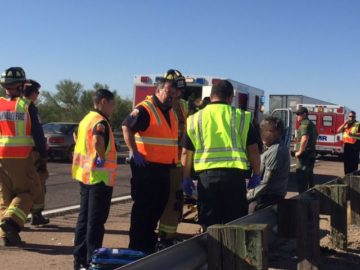 I-19 northbound was still closed as of 6 p.m. DPS is investigating the accident. 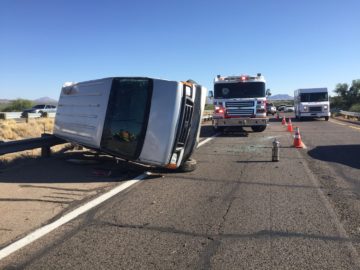