For GVFD firefighter, jiu-jitsu and the job are about preparation 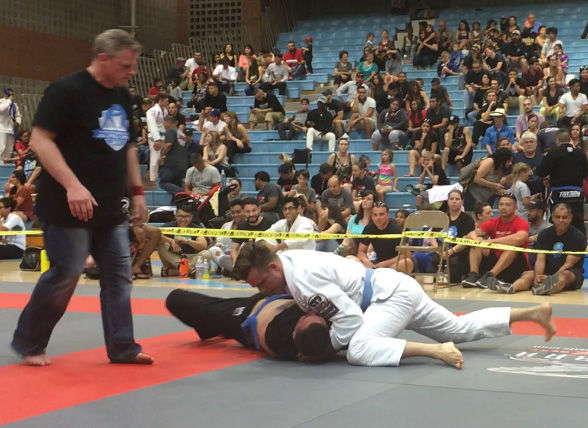 When Savalle, 29, isn’t responding to fires and medical emergencies, chances are you’ll find him at the gym working out or at jiu-jitsu tournaments.

Jiu-jitsu is a martial art where opponents try to take each other to the ground using various techniques and holds such as armbars and chokeholds.

Exceptional competitors can anticipate their opponent’s next three or four moves and plan their countermoves, Savalle said. In that way, they are just like chess players and firefighters, he said.

Savalle was a walk-on wrestler at the University of California-Fullerton, then earned a scholarship for his last two years. He earned a bachelor’s degree in business marketing, but found himself drawn to fire service after working in the restaurant and real estate industries.

He joined GVFD about a year ago.

“I felt like my personal traits matched up really well with how the fire service works,” Savalle said. “Firefighters are forever evolving and wanting to be the best version of themselves. A lot of the guys I work with are really similar. Whatever passions we have, we’re always trying to grow and get better.”

After every call, firefighters discuss what they did and what they could have done differently or more efficiently, people who practice jiu-jitsu do the same, Savalle said.

Last month, Savalle received a lot of slaps on the back after competing in the Old Pueblo Jiu Jitsu tournament and coming home with silver and gold medals. He downplays the showing, saying he has a lot to learn.

“I’ve competed in three or four tournaments over the last year and I’ve come nowhere close to where I want to be,” he said.

One of these days he’d love to compete in the World Jiu-Jitsu International Brazilian Jiu-Jitsu Federation Championship.

“I’m going to do everything I can to get there,” Savalle said.

Luckily for Savalle, he’s surrounded by people at work who are equally dedicated to fitness.

GVFD firefighters are required to work out at least an hour per shift and most of the firefighters participate in CrossFit, a mix of aerobic exercise, body weight exercises and Olympic weightlifting.

At least twice a year, GVFD firefighters participate in a training drill in which they put on all of their gear, climb ladders, drag hoses and hoist a 185-pound dummy. 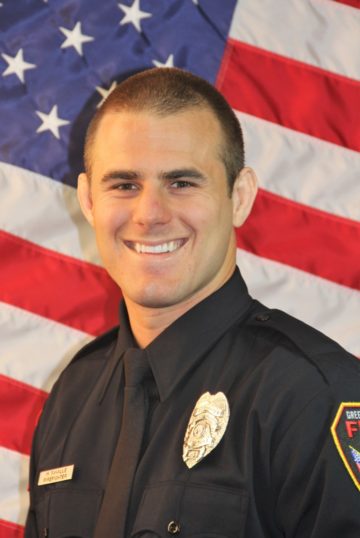 Firefighters constantly ask themselves, “How hard do you want it to be on yourself?” Savalle said.

If you’re fighting a fire and in top form, you’ll use fewer tanks of oxygen, he said. If you’re physically fit, the less apt you’ll be to hurt yourself while helping patients up off the floor.

Equally important is to be mentally fit for the job and jiu-jitsu helps with that as well, Savalle said.

It’s no fun to be fighting a wildland fire in temperatures in the 90s and 100s, he said. Nor is it easy to compete against someone in jiu-jitsu who may be larger or more experienced.

“The biggest challenges are the mental challenges,” Savalle said. “Your body will be wanting to tell you that you’re fatigued and you’ve got to be able to push past that.”