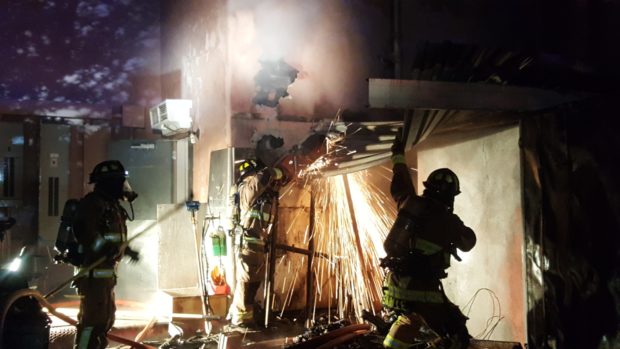 Managers at Canoa Ranch Golf and Country Club have scrambled to provide services for members following a fire Sunday that shut down the clubhouse and Grill on the Green restaurant.

The fire broke out in a wall of an exterior storage area about 3:45 a.m., according to the Green Valley Fire District. Firefighters found smoke and flames coming from the single-story building when they arrived, according to a spokesman, who said smoke alarms and sprinklers “were huge factors” in keeping the fire contained. Fifteen firefighters and three engine companies were on scene.

The fire was contained to the storage building but left smoke damage in the restaurant and clubhouse, said Mike Cochran, general manager for Canoa Ranch and sister course Torres Blancas. He said he didn’t know yet how long they will be closed.

The golf course will be open for regular business on Monday, and Abrego Grill at Torres Blancas will be open seven days a week for breakfast, lunch and dinner during the cleanup, Cochran said. Any events scheduled at Grill on the Green have been moved to Abrego Grill.