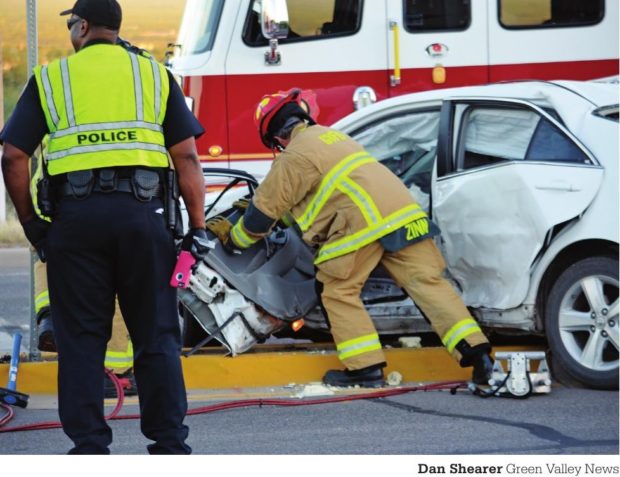 Eight people, six of them children, were taken to hospitals Monday after a two-car crash at Calle Arroyo Sur and Nogales Highway near Walmart.  The crash occurred about 5:10 p.m. after one vehicle apparently ran a red light, police said.  Some of the injuries were serious but none was life-threatening, according to a Green Valley Fire District spokesman.