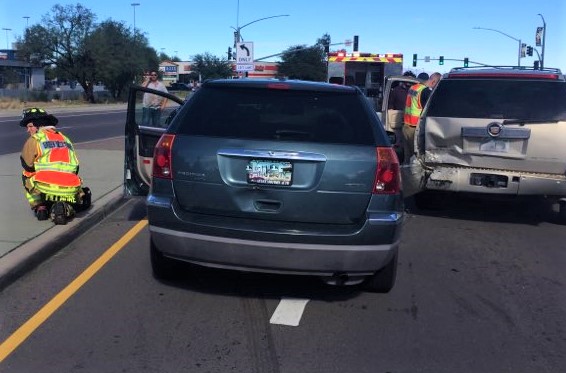 A Sahuarita resident declined to be taken to the hospital following the crash, which happened around 1 p.m.

Sahuarita Police said the driver of one of the vehicles, Joseph Litin, 33, of Tucson was booked into the Pima County Adult Detention Center on suspicion of driving under the influence.