Driver takes out about 20 feet of guardrail on I-19 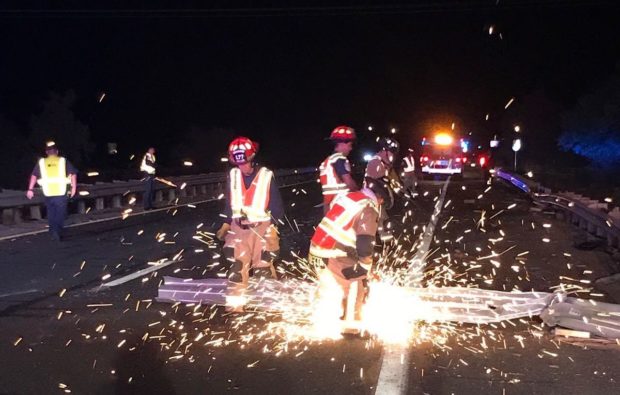 A 27-year-old man driving a pickup struck and ripped out about 20 feet of guardrail Sunday on Interstate 19 near Esperanza Boulevard in Green Valley.

The man was northbound about 2:30 a.m. when the accident occurred, according to the Green Valley Fire District. He was taken to a Tucson hospital with non-life threatening injuries. The man said he was wearing a seatbelt.

Two other vehicles had flat tires after running over debris; those drivers were not injured and were not involved in the initial crash. Firefighters cut apart the guardrail, which was strewn across part of I-19, to get the road back open.

The Department of Public Safety is investigating the crash and had no updates as of 4 p.m. Sunday.