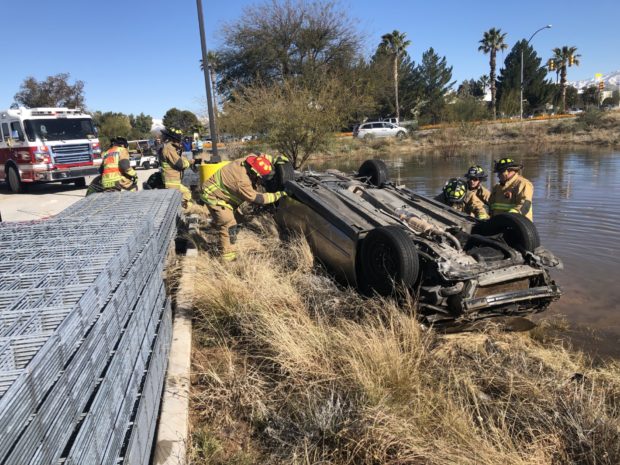 An 83-year-old Green Valley woman died Saturday after her vehicle went over a retaining wall as it exited I-19, landing on its roof in the parking lot of a store, according to officials.

The woman, the only occupant, died at the scene, according to the Green Valley Fire District.  According to officials, a call came in at 3:22 p.m. at Esperanza Boulevard and Interstate 19. 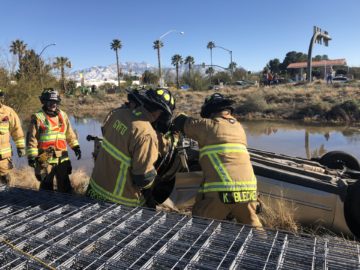 According to GVFD, “Speculation as to the cause is that the driver lost control of the vehicle exiting I-19 and did not stop at the Esperanza intersection, crossing over it and up over the retaining wall on the other side of the intersection, flipping then coming to rest on the vehicle’s top.”

The Pima County Sheriff’s Department is investigating. The car ended up near the parking lot of the Tractor Supply Store, which is northeast of the I-19-Esperanza Road intersection. The car was on its roof in a flood drainage area that held water from a recent winter storm.