County Looks to Volunteers to do Some Tough Work 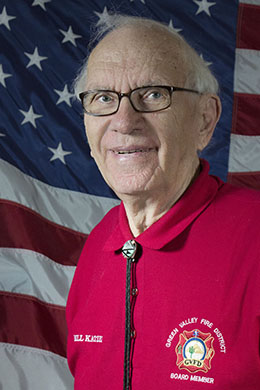 How does the Pima County Board of Supervisors stay on top of the minutiae of road repairs or the best way to serve local business owners?
What about keeping up on elections, historical designations or agriculture?
They appoint a small army of volunteers to commissions and committees.

…Voice for Green Valley
Green Valley resident Bill Katzel serves on Pima County’s Regional Wastewater Reclamation Advisory Committee which reviews policies of the Regional Wastewater Reclamation Department and makes recommendations to supervisors.
Pima County started its wastewater program in 1948, and it consists of 3,500 miles of sanitary sewer lines and eight water reclamation facilities. The county created the advisory committee in 2005 to help manage the system and receive community input.
This committee has 13 members, two appointed by each board supervisor and three representing the interests of the Citizens’ Water Advisory Committee to the City of Tucson; the Environmental Planning Advisory Committee of the Pima Association of Governments; and the Arizona Water Association. They serve four-year terms and meet 11 times a year.
Katzel has served for about eight years, first appointed by former Supervisor Ray Carroll and then Christy. He says both men showed strong interest in the committee’s work, which he says was an example of their commitment to the issues. Katzel says he became interested in water rate changes after he noticed a compound increase over four consecutive years. So, he approached Carroll, who later appointed Katzel to the committee.

Katzel is also an elected member of the Green Valley Fire District, which sets budgets and hires the District’s Chief, among other duties. “And I pride myself on community service now that I’m retired,” he says. Even before coming to Green Valley, Katzel was attending county supervisor and Tucson City Council meetings to share his thoughts and “be a thorn in their side,” he says with a laugh after a recent RWRAC meeting.

He says his main focus son the committee is keeping wastewater rates from rising more than needed, and being a voice at the county for the people in Green Valley.
At a recent meeting, wastewater rates based on winter averages vs. monthly usage was being debated.
These are the types of discussions that committees like this hammer out far away from the cameras and hype that often surround the supervisor meetings.