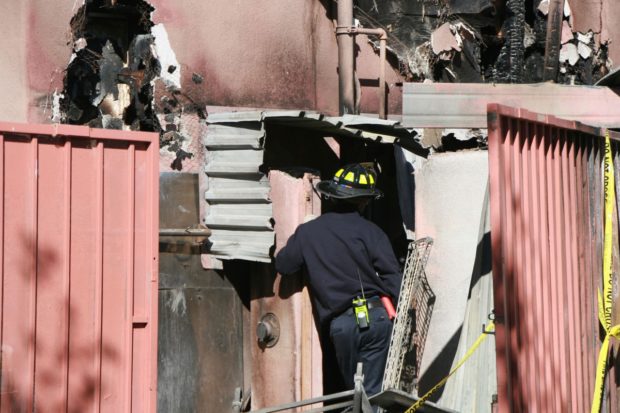 It could be six months before Canoa Ranch Clubhouse reopens following a fire Dec. 4.

General Manager Mike Cochran said in an email Tuesday to members that they have selected a restoration company, and the “complex process” will involve “demolition of affected floor-space, rebuilding the structure, rebuilding infrastructure for all utilities, and … lots of inspections.”

He said the entire project could take four to six months. The clubhouse includes a pro shop and Grill on the Green restaurant.

The early morning fire destroyed an exterior maintenance building and left smoke damage throughout the clubhouse. The blaze was contained to the building attached to the eastern exterior wall; the pro shop took the brunt of the smoke damage.

The golf course was closed the day of the fire but reopened the next morning and is running on a normal schedule.

Cochran said most events scheduled for the restaurant have been moved to Abrego Grill at Torres Blancas at Canoa Ranch’s sister golf course. The office also has moved to Torres Blancas, he said.

He said they are “working on staffing requirements needed during this period.”