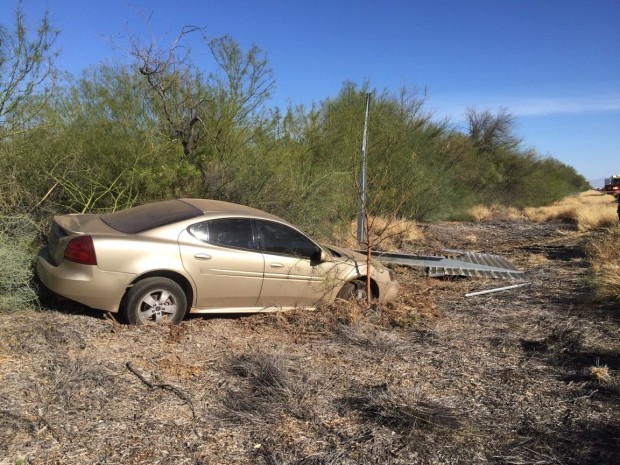 There were no injuries after a car went off the road and struck a sign along Interstate 19 on Wednesday morning.
The car was traveling southbound between Duval Mine Road and Esperanza Boulevard around 8:30 a.m. when it swerved to avoid another vehicle, according to the Green Valley Fire District. It then skid onto the shoulder, striking the sign.

The 29-year-old male driver and 4-year-old passenger were both wearing seat belts and not injured, the GVFD said. The car had light damage to the driver’s side and rear doors.